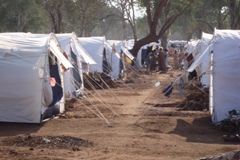 After 26 years of war that cost thousands of innocent lives, the defeat of the Liberation Tigers of Tamil Eelam (LTTE) has brought Sri Lanka to a crossroads.

Reconstruction, resettlement and rehabilitation will be the immediate postwar challenges and will have to be expertly handled. Reconstruction of infrastructure will be the easiest and most attractive option for donors, but creating an environment of equity and social justice could be relegated to the bottom of the list. There must be a separate effort to ensure reconciliation between people. Many barriers have been erected between Sri Lanka’s communities and special programmes to build bridges, facilitate interfaith interaction and regain intercommunity trust are urgently required. 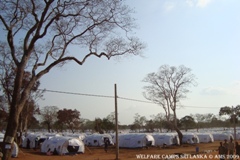 This year marks the 10th anniversary of the invasion of Iraq by the United States, Britain and their allies. According to former leaders, U.S. President George W. Bush and British Prime Minister Tony Blair, the coalition mission was, “to disarm Iraq of weapons of mass destruction, to end Saddam Hussein’s support for terrorism, and to free the Iraqi people”. However, the UN Security Council did not agree with the American and British justifications to go to war with Iraq. France, China, Russia and a major part of the International Community didn’t believe that an Iraq reeling from 13 years of sanctions posed an imminent threat to its people or to neighbouring countries.

After the invasion the US and its allies committed a number of catastrophic policy blunders, rendering the promise of democracy, human rights and social and economic development into nothing more than empty rhetoric. Firstly, the policy of “winning hearts and minds” was supplanted by the military strategy of ‘shock and awe’. Second, there was direct military rule instead of handing full sovereignty to the new Iraqi leadership. Furthermore, instead of a prudent policy of restructuring the already viable and effective security and military institutions, the standing network of establishments were destroyed, leaving 140 thousand American troops to do the job of policing 30 million people, with catastrophic results.

World Refugee Day took place on June 20. For many it was about remembering the plight of many people worldwide, who today are without rights, a state and an identity. One may picture the plight of Palestinians or Kurds or perhaps the Rohingyas of Myanmar. However, it is often very easy to forget those whose plights do not make the headlines. Cambodia, South Sudan and so on offer us reminders that the plight of people who are without a state and rights are important and need to be at the top of the agenda, which is effectively what World Refugee Day chooses to highlight.

Sri Lanka is no stranger to the issues of refugees. After enduring almost 30 years of war, it has seen its fair share of internal displacements and humanitarian crises. Currently under international scrutiny for not only how the war ended in 2009 but its treatment of nearly 300,000 refugees mainly of Tamil origin, it is easy to forget that there are other communities within Sri Lanka (mainly from the majority Sinhala and minority Muslim community) that have also been victims of the conflict. In light of the current international scrutiny about internally displaced people (IDP) and refugees in Sri Lanka, very little has been said in particular about the Muslim refugees who for the past 22 years, have been consigned to staying in welfare camps in the north west of the country.

3 Years on: A Hurting Stalemate in Sri Lanka

Last month saw the official marking of three years after the end of the 28 year old war that plagued Sri Lanka, killing thousands and setting the country back in terms of development and prosperity.  Yet three years on, it seems that not much has changed.

Whilst Sri Lanka has tried to portray that there has been progress made on the ground largely in infrastructural development, critics have been quick to highlight the lack of tangible progress on reconciliation, in effect  the inertia on implementing internal recommendations for reconciliation, coupled with an ever weakening space for human rights, media expression and democratic freedom.   The recent resolutions at the UN Human Rights Commission in Geneva on Sri Lanka have been testimony to this type of thinking where analysts have not only been critical that progress has been slow on the ground amidst a decline in general rights that are deemed to be core to a functioning democracy, but they have also pointed to the need to keep this on the international agenda.

This is a debatable fact and the Government is not really willing to engage on any real discussion on the issue despite the occurrences as reported in the media of kidnappings and killings. A recent interview between the defence secretary and the BBC is testimony to the extremely sensitive nature of such discussions and criticisms.

Victoria and Abdul: A friendship ahead of its time

I am a self-confessed history geek who loves nothing better than to get into a story from the past — especially one that is as relevant to today’s policy discussions and societal concerns as it was when it first occurred.

Few stories, however, have managed to tick all the boxes for me as well as the story of Victoria and Abdul.  When I first came across the book Victoria & Abdul: The True Story of the Queen’s Closest Confidant, written by Shrabani Basu, it was an innocent interest in a historical story that made me venture in, but by the time I was finished, I was convinced that this was something greater.  It is what prompted me to convince our organisation to feature it in the launch of our new Cordoba Heritage Series, which kicked off on the 10th of May 2012.

Even for those of us who have at one stage or another studied Victorian history, this is a relatively unknown story.

In June 1887 two Indian servants were sent to Queen Victoria as a present for her Golden Jubilee. One was the 24-year-old Abdul Karim. Young Karim immediately caught the Queen’s eye and was rapidly promoted to become her Indian Secretary in 1894. He cooked her curries, became her Hindustani tutor and delighted the elderly Queen with his stories about India, especially as she had not visited the sub-continent despite having the grand title of ‘Empress of India’, and soon became the lonely monarch’s closest companion.

History in the making, as written by the youth

It might be a cliche and often an elaborate exaggeration to term a particular event “historic”. However, few can doubt that along with the Civil Rights movements, the collapse of the Soviet Union and the fall of the Berlin Wall, the revolutions that have swept through the Arab world are no less momentous or historic.

While the first decade of the millennium got off to a bad start with the attacks on the Twin Towers in New York and the ramifications which resulted in death, destruction, war, conflict, fear, and division across the world, the second decade seems to have started off with an entirely different theme.

The “Arab Spring” fully deserves to be labelled “historic” for two main reasons.

The first is that the sweeping changes and transformations taking place were totally and completely unexpected, and almost without any introductions or preliminary phases.

Speaking to a political analyst from Tunisia, where the tidal wave commenced in January this year, he assured me that despite his expert knowledge and close following of Tunisian politics and society, he could never have predicted what then happened. The same is true for Egypt, Libya, Yemen, Syria and other locations throughout the Arab world.

Reverend Fred Shuttlesworth died as he had lived, fighting strongly yet always in the shadows. His death on October 5, 2011 was not only overshadowed by the passing of another transformational American icon, Apple founder Steve Jobs, but was also later overshadowed by the celebration of the unveiling of the Martin Luther King Memorial in Washington on October 16, a scene that is reminiscent of his confrontations with the charismatic civil rights leader.But those who knew Reverend Shuttlesworth say he was not out for recognition, and preferred to play the part of courageous warrior for the civil rights movement.

Yet, it was this blunt-talking preacher who braved beatings, bombings, and fire-hosings to propel the town of Birmingham, Ala., to become a beacon of the civil rights movement. In a magazine article in 1988, he famously declared his desire to shatter the walls of segregation in Birmingham and throughout the South, even if it cost him his life:  “I tried to widow my wife and my children for God`s sake, because I literally believed that scripture that says `…whosoever will lose his life for my sake shall find it.` I had no fear, you understand.”

Western Fear of the ‘Islamist Other’

The year 2011 has proven to be quite unique as evidenced by the tumultuous social, political and economic events that have taken place all around the world.

Lenin once said that “There are decades where nothing happens; and there are weeks where decades happen”. This has seldom been more true than in this year.

The Arab Spring saw various Arab nations rise against regimes that had been in power for many decades. They followed in the footsteps of the January uprising of the Tunisian people who succeeded in removing Zein Al-Abideen Ben Ali in under three weeks of sustained and intense demonstrations and protests which spread throughout the country like wild fire.