The riots that have engulfed London and other major cities in England over the past week have finally receded, but in the wake of the horrific scenes of violence, looting and arson that left people shaken, the real issues look set to take centre stage, especially as post-mortem examinations are carried out.

Yet while it would be easy for questions just to focus on the failures of the system, it would be a shame to simply gloss over examining the causes of the initial riot and the subsequent snowballing incidents of looting and criminality. The complication, though, is that the riot had multifaceted elements, and a proper approach to examining its causes is akin to the peeling away of the layers of an onion’s skin.

The government, for its part, is perhaps keen to highlight these incidents as “criminality” as opposed to anything deeper, despite David Cameron’s statement to parliament on its recall from the summer break, acknowledging the potential “context” of the riots. In a way, there is some justification to regarding some of the incidents as criminal, especially some of the copy-cat incidents that followed the initial wave of riots on Saturday night. However, to simply blame this on criminality is perhaps to be slightly naive, an attempt to put a Band-Aid on a very deep wound in British society.

A slightly longer version of this article appeared on the website of the Journal of Inter-Religious Dialogue.  Please click here to read more.

Viewpoint: The Killing of Bin Laden – the end that never was

The killing of Osama bin Laden on Monday 3rd of May was indeed a historical advent which ought to signal the end of one of the most difficult phases in the relationship between the West and the Muslim world.

For nearly a decade, Bin Laden had become not only the world’s most wanted man but also the main signifier in a troubled relationship with Islam and Muslims worldwide. In the immediate aftermath of 9-11, the world lived a brief moment of unity in which all nations expressed shock and outrage as to the attack that claimed the lives of thousands of innocent people. Sadly that moment was scuppered rather than capitalised on, with the launch of the ‘War on Terror’ and the apparent intent of the US administration to seek vengeance through a military, intelligence and security campaign that claimed the lives of thousands upon thousands of innocent civilians.

The war in Afghanistan followed by the invasion and occupation of Iraq, brought not only unspeakable misery, pain and strife upon those who in normal circumstances would not support Al-Qaeda ideology and tactics, but severely damaged relations between the West in general and Muslims as a whole. With terrorist attacks following in London, Madrid, Paris, Istanbul and countless other locations resulting in the death of hundreds of innocent by-passers, it was clear that those intent on bringing death and destruction operated on both sides, with the global population caught in the middle and suffering as a consequence.

Over the past years and on frequent occasions, mainstream Muslim organisations, groups and figures have consistently condemned the ideology espoused by Al-Qaeda, the wave of terror and fear it was waging. The message from mainstream Muslim community was constant and unequivocal:  Islam, as well as universal human values, forbids the shedding of innocent blood regardless of colour, creed, race or culture. It was immoral and criminal to consider commuters in New York or London as legitimate targets, as it was to consider passers-by in a Kabul or Baghdad market mere collateral.

Few disagree that for years, Bin Laden has been little more than a spiritual leader rather than an effective operational commander of Al-Qaeda. Al-Qaeda has rapidly become an idea and a brand rather than an organisation with any tangible structure or base, as a result of a number of factors including some which the USA, the UK and several Western governments must contend with and answer for. His capture and death should have signalled the end of a difficult chapter in the lives of countless people around the world. However, the manner in which he was killed and subsequently disposed of, adds to the long list of mistakes that cements the state of mistrust, lack of faith and goodwill between the West and the Muslim world.

The celebrations that broke out on the streets of several US cities, while understandable on some level, displayed an unsavoury side of the US to the rest of the world. Civilised nations do not celebrate the death of an individual in that manner, nor do they consider vengeance a palatable objective. It is also likely that this will lead to more young people sympathising with rather than rejecting the line which Al-Qaeda promotes, and rhetoric of an extreme nature is already appearing on online blogs and discussions forums. Instead of moving on, it seems we are in for a long haul of staying exactly where we are.

Some expressions of sympathy that have emerged from some corners whom were renowned to have always condemned the statements, policies and actions of Al-Qaeda, should be taken in the spirit of both Islamic tradition as well as political reality, rather than support for the demised. Islam forbids its followers from speaking ill of the dead especially those killed, and calls upon them to pray for their forgiveness. Furthermore, in light of failing Western policies throughout the Muslim world and particularly in Iraq and Afghanistan, amongst other reasons, Bin Laden was seen as the West’s nemesis. This afforded him popularity amongst disenchanted and disenfranchised masses despite them rejecting his ideology. Some groups and figures, chose to recall his earlier days of fighting against the Soviet occupation of Afghanistan forgoing the life of lavish luxury he could have well enjoyed, before an extreme ideology and skewed interpretation of Jihad and liberation took hold of him. He espoused an ideology of hatred, isolation, fear, violence and bloodshed.

Such statements must not be mistaken for support. Indeed, the Arab Spring that brought peaceful protests and revolutions throughout the Arab world in the past four months were the perfect antithesis to Al-Qaeda and its poisoned rhetoric, and were as much a rejection of extremism and terrorism as they were of corrupt despots and dictators.

Muslim leaders in the UK and the West must capitalise on this and act and speak responsibly as young people are searching for leadership and for guidance at these tense times. We must, at all costs, avoid initiating a new era where recriminations and counter-recriminations coin West-Muslim relationships. If anything was learnt from the past decade, it is that violence begets violence and the cycle of bloodshed is virtually impossible to break.

Western Muslims must join efforts with fellow country folk to reject policies which deem human lives dispensable and war an easily ready option. Just because the death of an innocent person is initiated by virtue of a government state decree does not make it any more acceptable than if decided by a rogue individual.

The challenge is for us all to truly turn a leaf and set a new standard for West-Muslim relations. This requires a new vision, new dynamics and people of courage, clarity and faith. 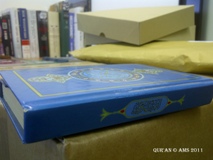 Burning the Myths about Islam

The recent violent protests in Afghanistan – a reaction to the burning of the Quran by a small church in the United States last month – recalled an inescapable reality.

Extremists on all sides – whether in free, democratic America, or in corrupt, occupied Afghanistan – create havoc and chaos, demonstrating the danger brought about by a deadly cocktail of ignorance and idiocy. Ultimately, they cause the deaths of innocent people.

Conversations in the Arab street are much more bold, brazen and uncaring about who might be eavesdropping. It’s simply a matter of time, but change is certainly now a matter of ‘when’ rather than ‘if’.

Once free, the Arab and Muslim nations will not resort to violence, extremism and isolationist practises, as some would like the world to think. 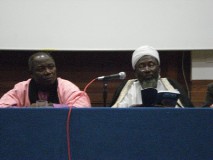 The Imam and the Pastor

“My hate for Muslims had no limits,” said the Pastor. “We had a zeal to protect and revive the glory of Islam,” said the Imam.

Emerging from the 1990s in Northern Nigeria after being on the frontlines of confrontations that saw thousands dead, Imam Muhammad Ashafa and Pastor James Wuye are two of the unlikeliest of allies.

They both came out of the heart of the religious teachings of their communities to become bitter enemies determined to kill one another. Imam Ashafa was committed to the total Islamization of Nigeria, and Pastor James to its total evangelization. 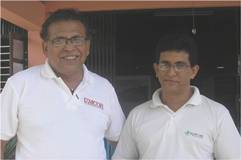 Going Beyond the Rhetoric: The Muslim Aid-UMCOR partnership in Sri Lanka

Poverty, inequity, and social injustice are matters of conscience and demand a systematic response.  Civil society plays a key role in development with Faith Based Organizations (FBOs) at the forefront of initiatives aimed at helping to achieve increased tolerance, social cohesion and understanding.

Faith communities have undeniably had as strong a history of internecine strife and  struggle as they have of cooperation and collaboration.  It is against this framework of internal and external disagreement that there is a need to build and sustain existing links and to explore new initiatives.

This paper highlights practical examples of dialogue and collaboration between Muslim Aid and UMCOR showing how different faith communities make natural allies for the promotion and success of cross border linking and play a part in making humanitarian work
more efficient and effective whilst showing that inter-faith cooperation means something practical as well as spiritual. 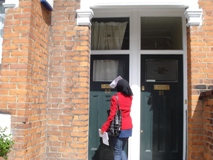 Whatever the outcome of the election on May 7th, as HA Hellyer recently wrote on Cif, Muslims around the country are likely to play a significant role in influencing the outcome of dozens of seats. The second largest faith community, which constitutes no more than 4% of the total population, has come of age and become quite astute in dealing with the elections according to interests, priorities and concerns, many of which are shared by a majority of the British people. 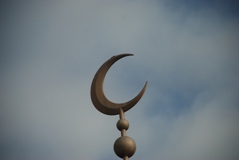 Blogs: The World Parliament of Religion

The prime minister’s statement on Wednesday that terrorists could strike anywhere, at any time, hardly provides any useful information, let alone induces confidence in the government or security agencies actually knowing what threat they claim to be facing or capable of successfully overcoming.