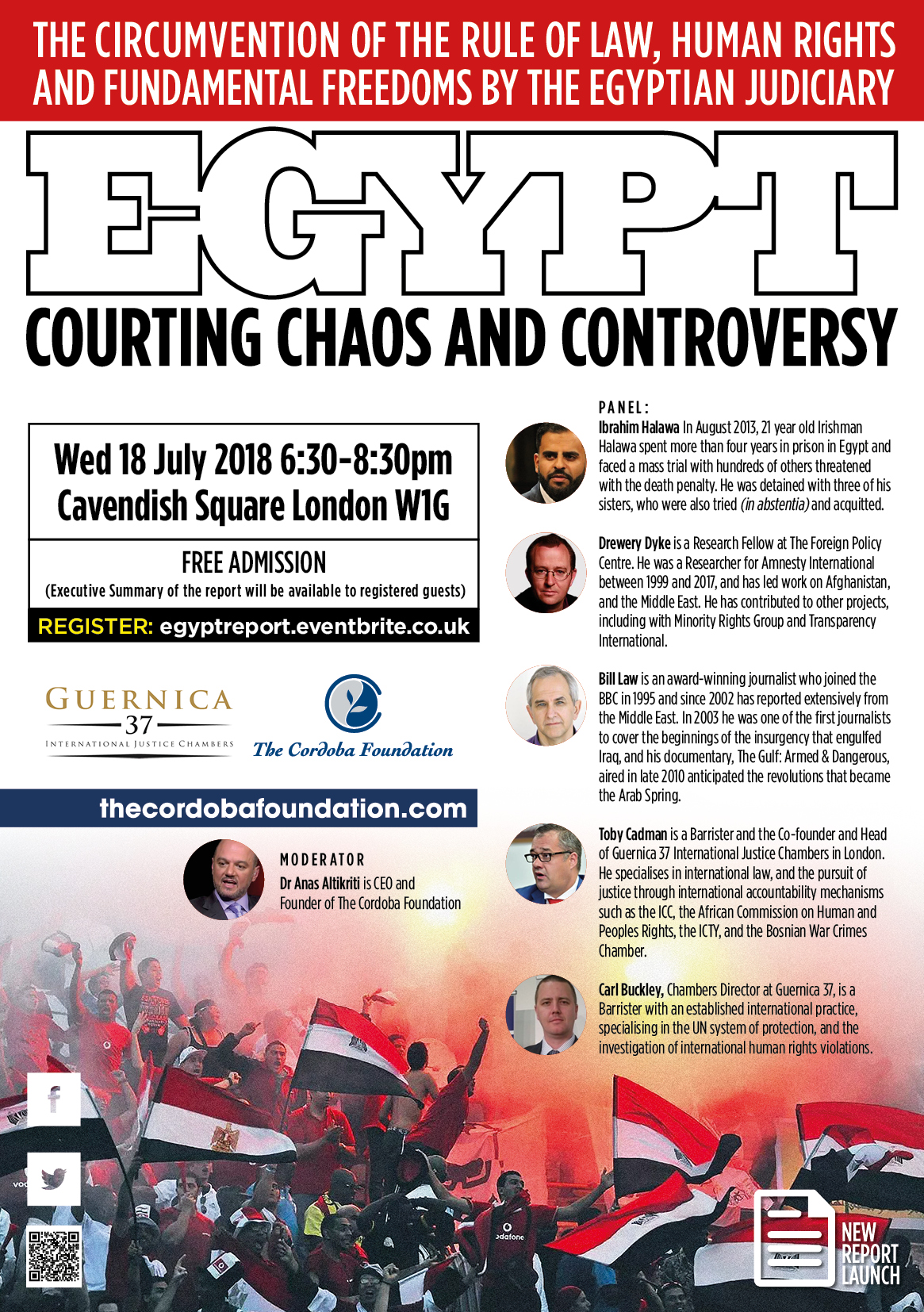 THE CIRCUMVENTION OF THE RULE OF LAW, HUMAN RIGHTS AND FUNDAMENTAL FREEDOMS BY THE EGYPTIAN JUDICIARY

Ibrahim Halawa — In August 2013, 21-year-old Irishman Halawa spent more than four years in prison in Egypt and faced a mass trial with hundreds of others threatened with the death penalty. He was detained with three of his sisters, who were also tried (in absentia) and acquitted.

Drewery Dyke — is a Research Fellow at The Foreign Policy Centre. He was a Researcher for Amnesty International between 1999 and 2017, and has led work on Afghanistan, and the Middle East. He has contributed to other projects, including with Minority Rights Group and Transparency International.

Bill Law — is an award-winning journalist who joined the BBC in 1995 and since 2002 has reported extensively from the Middle East. In 2003 he was one of the first journalists to cover the beginnings of the insurgency that engulfed Iraq, and his documentary, The Gulf: Armed & Dangerous, aired in late 2010 anticipated the revolutions that became the Arab Spring.

Toby Cadman — is a Barrister and the Co-founder and Head of Guernica 37 International Justice Chambers in London. He specialises in international law, and the pursuit of justice through international accountability mechanisms such as the ICC, the African Commission on Human and Peoples Rights, the ICTY, and the Bosnian War Crimes Chamber.

Carl Buckley — Chambers Director at Guernica 37, is a Barrister with an established international practice, specialising in the UN system of protection, and the investigation of international human rights violations.

Dr Anas Altikriti — is CEO and Founder of The Cordoba Foundation.