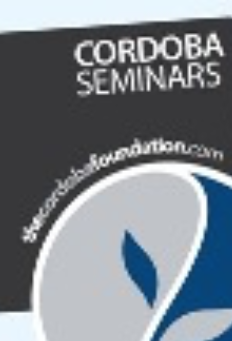 Sheikh Michael Mumisa has seen it all before.  As the general elections draw closer, the same old debates in the Muslim community start to resurface.

The debates have nothing to do with which party or candidate to vote for but with the very premise of voting and getting involved in the elections.  For some Muslims voting in a Western democracy is considered to be  ‘an act of apostasy’.  In 2005, things were so complicated that “some Mosque ‘elders’ and Imams had their beards and turbans pulled by small groups of angry young men who argued that voting in what they believed to be a ‘kufr system’ was a ‘violation of the Shari‘ah’.” Things got to such a difficult point according to Sheikh Mumisa that he was approached to clarify the issue, releasing an article which could hopefully clarify the matter. His article, “Muslims in Britain and the Elections: What does the Shari‘a say?”  was then carried by the Muslim Council of Britain amongst other organisations.

5 years on despite the debate still existing, Sheikh Mumisa is confident things are getting better. ‘At least people are less violent and moving beyond the basic arguments ’ he said as he once again addressed the issues of Muslims and elections on the 12th of April at the bi-monthly   Cordoba Seminars organised by The Cordoba Foundation.

Addressing a sizeable gathering at the London Muslim Centre, Sheikh Mumisa approached the issue in a different manner.  “When it comes to the question of ‘Islam and Voting’, incontrovertible textual evidence should be produced to prove that it is not permissible for Muslims in Britain to vote. We do not need proof to argue that it is permissible for them to vote since that is the asl (original state of affairs)”. By saying this, Sheikh Mumisa is confident that the detractors will at least have to think twice before trying to engage in a debate on the subject, since “the burden of proof is thus upon those who argue that voting is not permissible”.

The principle behind this is very simple.  The Islamic legal maxim ‘al asl fi al-ashya’ al-ibaha’ [the doctrine that “all matters of human and social activity are considered a prioripermissible (mubah) under Islamic law unless clear and incontrovertible textual evidence from the primary sources of Islamic law (Qur’an and Sunnah) exists to prove otherwise] has historically been the basis of all acts of ijtihad (legal reasoning) within both the Sunni and Shi‘ah schools of law.  Thus according to this principle, we need not look for proof from the sources of Islam to argue the case for Muslim participation in the British general elections, rather what is needed is incontrovertible proof that voting in such elections isharam (not permissible) since as a general principle “all matters of human and social activity (mu‘amalat and mu‘asharat) are originally permissible” as defined by the theory above.

This has been the norm adopted by classical jurists who were very much aware that texts accommodated multiple meanings and possibilities.  According to Sheikh Mumisa, it is not enough to say “God says so” or “the Prophet says so.” A number of factors have to be taken into consideration such as: the context of the revelation of the text; the language of the text; the special circumstances of the addressee of the text; other texts on the same topic; the local customs (‘adah and ‘urf) of the addressee and how they may differ from the contemporary reader.

The problem as Sheikh Mumisa explained is that contemporary Muslims, particularly those now living in non-Muslim societies, have not properly explored or understood the principle. Sheikh Mumisa impressively drew on the works of a number of classical scholars like Ibn Abidin and Ibn Taimiyyah to highlight the precedents that have been set in Islamic Jurisprudence.  However it is al-Shatibi, in the Sheikh’s opinion, whose work (al-Muwafaqat), makes the case that the texts of law are considered open, dynamic and subject to re-interpretation. By employing other hermeneutical tools in the study of the texts, Sheikh Mumisa argued that scholars like al-Shatibi show that the Qur’an and Sunna are not closed texts, and that interpretation is contingent upon the historical context, the cultural situation and level of development, and the philosophical presuppositions of the period in which that interpretation is taking place.

In other words, early and later Muslims jurists always treated the kulliyyat(universal principles) as the spirit and the intention of the Law-giver (qasd al-Shari‘) which could override the specific legal rulings (juz’iyyat) and other interpretations of law that were seen to be at odds with the spirit of the law.  It is safe to say that according to this theory, as the Sheikh highlighted  “the purpose of law in Islam is not necessarily to follow the letter of the law but to fulfil a higher goal and great purpose (maqasid):that of establishing a just society. Thus whatever moral and just method adopted to reach this goal is considered ‘Islamically’ correct”.  Hence any political and legal system that fulfils the kulliyat is acceptable and considered as fulfilling the requirements of the Shari‘a. The question thus becomes, “Does the British and political systems fulfil the kulliyat as required under Islam?”. Sheikh Mumisa came to the conclusion that the British legal and political systems as they stand at the moment meet the goals of the Shari‘a.

As he concluded his speech Sheikh Mumisa warned that “Muslims will have no advantage in isolating themselves from the mainstream of political life and becoming a marginalised community”. The Muslim community would thus have to commit themselves to a system of cultural and religious pluralism within which they are free to assert their religious freedom. While maintaining their specific religious identity in the Western democratic order, they must remain conscious of their British identity