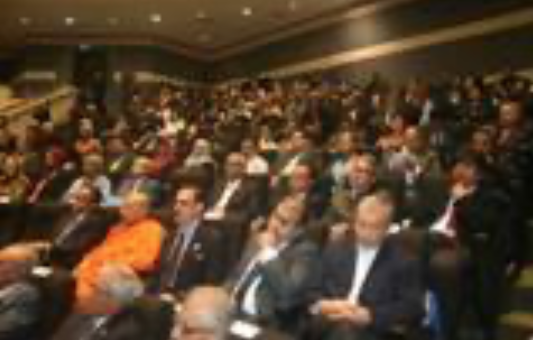 Facilitated by The Cordoba Foundation, a roundtable discussion was held on the 1st of October exploring the role of religious institutions in peace building in conflict affected Sri Lanka.

Led by Dr S.H Hasbullah, a prominent academic from the University of Peradeniya in Sri Lanka, the discussion centred around the role of the Mosque Federation in Kathankudy, a town in Eastern Sri Lanka, which as a consequence of the conflict, had to take a leadership role at the local level to successfully address issues of survival of the community.  In mapping the part played by the organisation, the discussion centered around the future relevance for roles played by such religious institutions in a post conflict Sri Lanka.  The presentation by Dr Hasbullah  built on a long period investigation on the aspect of religion and conflict in eastern Sri Lanka undertaken by the University of Edinbugh and SOAS which was presented at the Royal Geographic Society.

In attendance at the discussions were representatives from the Sri Lankan High Commission and the office of the President of Sri Lanka.