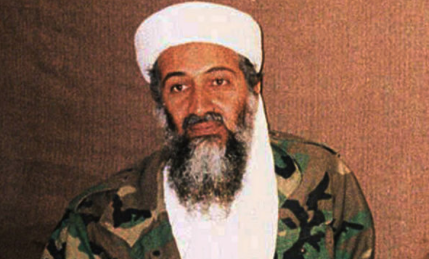 The death of Osama bin Laden, should signal the end of one of the most difficult phases in the relationship between the West and the Muslim world. It should bring closure to a painful 10 years after 9/11.  It should lessen the need for mainstream Muslim organisations to feel always under pressure to condemn the ideology espoused by Al-Qaeda and like many other historical moments, should provide us with a chance to think, ponder and reflect.
The state of mistrust, lack of faith and goodwill between the West and the Muslim world should be reflected upon along with methods of reparation and how we espouse the values of justice and how we pursue them.  Retributive justice that inspires cycles of violence becomes a ball and chain for a future without reconciliation.

The Arab Spring that brought peaceful protests and revolutions throughout the Arab world in the past four months are a perfect example of moving towards a sense of restorative justice.
The Cordoba Foundation (TCF) emphasises that now more than ever is the need to move towards a sense of peace and mutual respect for and between people. Spiritual scriptures all envision a pluralistic world, mutual understanding and religious tolerance, emphasising love of the Creator and love of the neighbour in contributing towards meaningful peace around the world.

There will be those who will seek to divide the community but there is a need to ensure that community relations are strengthened so that we can collectively ensure that British society as a whole emerges from this turbulent time stronger in its moral and ethical fabric and able to lead the way in peaceful coexistence with mutual respect and understanding.

Commenting on this, Anas Altikriti, CEO of TCF said ‘We must, at all costs, avoid initiating a new era where recriminations and counter-recriminations coin West-Muslim relationships. If anything was learnt from the past decade, it is that violence begets violence and the cycle of bloodshed is virtually impossible to break. Western Muslims must join efforts with fellow country folk to reject policies which deem human lives dispensable and war an easily ready option.’

We at The Cordoba Foundation stand proud in our aspiration that different cultures, civilisations and, thoughts can thrive and strive for the common goal of understanding, respecting, accepting and celebrating diversity.