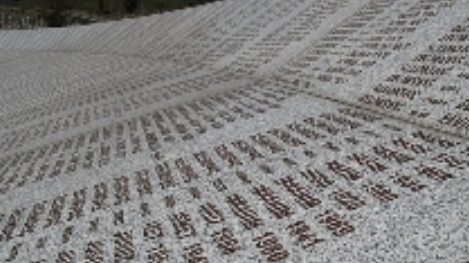 As the Srebrenica Memorial Day anniversary on the 11th of July approaches its 16 year, we are once again reminded of the lengths that man could potentially go to when immersed in a state of fear, hatred and division.

Though recent court rulings and the capture of Ratko Mladic are bringing about some closure to a painful period of history in this region, it should not be underestimated that the most heinous of crimes committed against particular people of faith, race, creed or colour in generations gone by could never be committed again. These remain dynamic challenges for us to overcome.

However the past should not become a ball and chain for the future.  There is a need to provide humanity with a space for personal and social transformation. There is a need to work towards higher values and ethics that concern human nature and purpose, leading to peace and harmony with one and others) and towards building understanding based on common features in a language understood by most people.

The Cordoba Foundation has been working tirelessly to raise awareness of the threat man poses against his fellow man, should particular conditions become established on the ground. Whether Srebrenica, Auswitz, Rwanda, Gaza, Kashmir or Somalia, and whether in the last century, this or the one coming, injustice establishes fear which breads suspicion and ultimately hatred. From there, the
move on to violence is neither a difficult nor inconceivable step to undertake.

Our objective is to work in common collaboration to remove the very initial elements on that tragic path, and to counter the root causes for clashes based on false and misguided understanding and implementation of the concepts of ‘self’ and ‘the other’.

The Srebrenica Memorial Day provides a timely reminder to us all of the
challenges that can only be met in a sense of togetherness and community.

To mark the 16th Anniversary of the Srebrenica Memorial Day, The Cordoba Foundation is releasing a special edition of the Occasional Papers, dedicated to Srebrenica, by two distinguished people, the Grand Mufti of Bosnia Dr Mustafa Ceric and Professor Enes Karić, professor of Qur’anic Studies at the Faculty of Islamic Studies, Bosnia. The issues raised in the two articles provide timely reflections and observations on human relations, of dialogue between people and cultures as well as the attendant challenges of a spiritual revolution today. The report can be downloaded from here

A special sermon given by the Mufti of Bosnia, can be downloaded from here