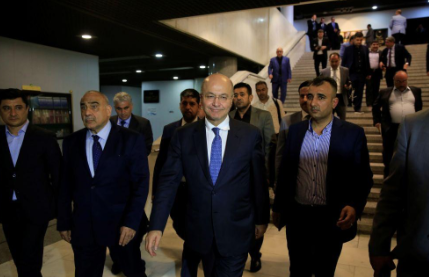 The 9th of April 2013 will mark 10 years after the fall of Baghdad and in what was to be a symbolic justification for the intervention by Allied forces, the statue of Saddam Hussein was toppled in Baghdad amidst televised scenes of ‘jubilation’.

Ten years on, Iraq continues to search for a unifying national identity. After 2003, Iraq’s different communities retreated to their sectarian and ethnic enclaves for protection and for the survival of their various cultures. Presently, the country is fast descending into de facto three separate entities.

A timely conference to be held on 8th April 2013 at The Commonwealth Club, organised by The Cordoba Foundation and The Sharq Forum will primarily review and examine the achievements and failures of a decade’s long intervention in Iraq by Western-led forces and regional powers. The conference will also examine the nature and shape of future international interventions in the region. Despite the huge cost to state and society, Iraq will continue to play a strategic role in the region provided it addresses its internal political and social challenges.

Speaking at the conference will be  a number of dignitaries including the Rt Hon Ms Clare Short, former minister for International Development; Waddah Khanfar, former Director-General of Al Jazeera & Director, the Sharq Forum; Professor Norman Kember, Emeritus Professor of Biophysics at Barts and The London School of Medicine and Dentistry and a Christian pacifist activist, who was held hostage for four months after travelling to Iraq in 2005; Dr Anas Altikriti, CEO of The Cordoba Foundation, and, part of the team that successfully negotiated the release of Western hostages including Professor Kember in 2005; Mohamed al-Daini, former member of the Iraqi Parliament; and Professor Rosemary Hollis from City University, London, and former Director of Research at Chatham house.

The organisers hope that through this gathering of international stakeholders, it will help chart a course to a proper democracy and human rights, where all Iraqis feel safe, equal and enjoy the fruits of a real change.

For more information about the event, please click here