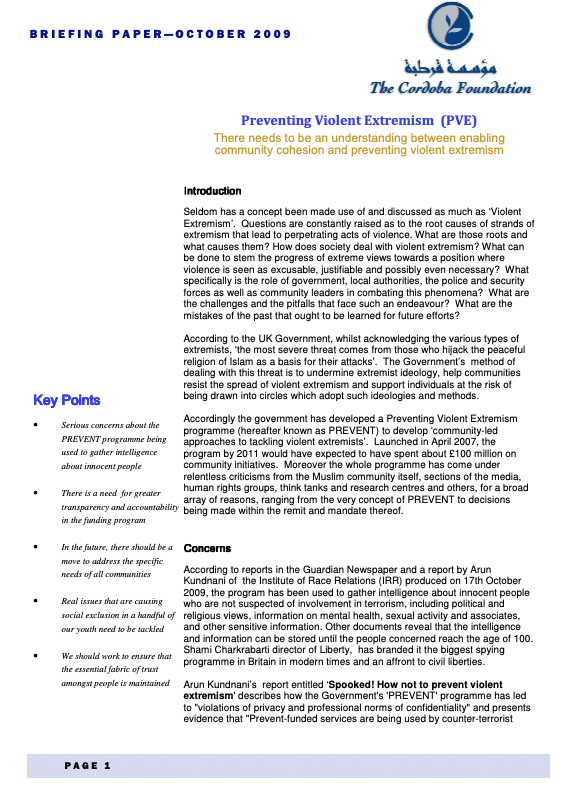 Seldom has a concept been made use of and discussed as much as ‘Violent Extremism’.  Of course questions are raised as to the root causes of violent extremism and how it is dealt with.

There are many challenges involved when trying to tackle and prevent violent extremism. It is important for those involved within social cohesion work that those who propogate the message of violence and harm to people should be dealt with.  However recent reports by the Guardian and The Institute of Race Relations raises concerns about the viability of such programs for the future.

The Cordoba Foundation is very concerned that if the program is being implemented as it is currently being claimed, it is failing to address some of the root causes of the problems.  It also is recommending certain steps to be considered for future implementation such as more consultation with a wider variety of stakeholders at the early stages of fund allocation.