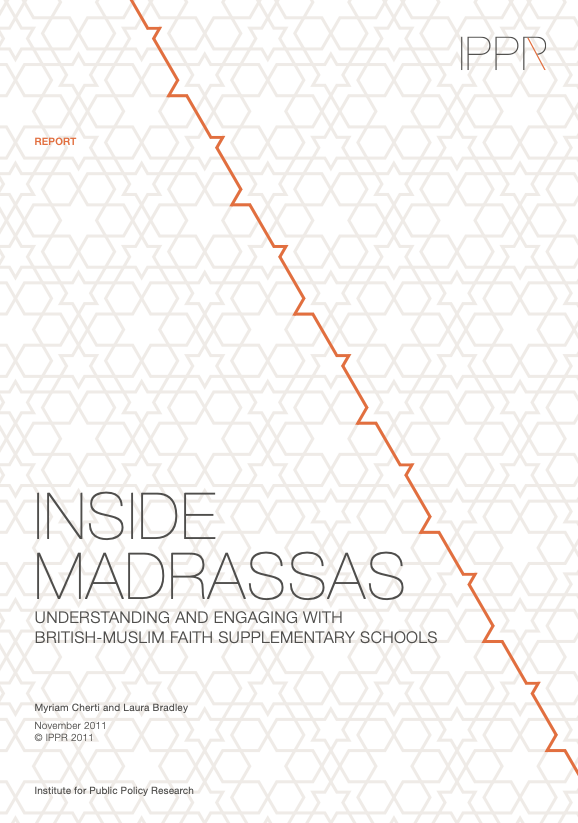 At present, there is a significant lack of understanding among policymakers and the wider public about madrassas. Very little of what features in public debates has been generated through rigorous research. The main source of public information stems from the media.

This report attempts to fill to gaps by providing new evidence about how British madrassas work, the impact they have on local communities, and their role in the educational, social and religious development of children.

The report investigates the three important challenges that face madrassas in the UK: