Debate: Must Muslim Leades be Blamed for Extremism in Britain?

Reading Hassan Butt’s piece in the Observer, “My plea to fellow Muslims: you must renounce terror”, I couldn’t help but think of how much his likes have to do with the dire security conditions we all face today. Despite his claim to have repented, I would ask to be forgiven for being less than sympathetic and congratulatory in my tone, as it was probably he and his comrades who stood outside mosques, community centres and lecture halls, heckling and, at times, physically attacking me and my colleagues for talking about the need for dialogue, for reaching out to all human beings and about promoting universal human rights that include all people, regardless of faith, race or colour.

Leave Religion out of it

When I first heard that someone had shot and killed 32 people on an American university campus, the first thought that came to mind was: Please God, let it not be a Muslim! By the time the full details of the horrific tragedy unfolded, it was clear that he wasn’t, although a brief moment of dread emerged when the shooter was described as Asian.

Of course to the victims of that massacre on that campus in Virginia and to those who loved and knew them, it wouldn’t have mattered one way or another what faith the killer followed, which nationality he belonged to or what ideology, if any, he subscribed to.

When a BBC online worldwide poll shows that a third of 27,000 respondents believed some degree of torture was acceptable when dealing with terrorist suspects, we should be seriously concerned.

That so many people from 25 countries can even begin to think that such methods can be of any tangible use in combating terrorism or any other crimes the world may be facing, is worrying, and should make us reflect on where we have arrived at as a human race and what we have become. It’s notable that among the highest rates of those who thought torturing suspects was acceptable or of benefit, were in the US (36%) and Israel (43%), with 24% of those polled in the UK agreeing.

A Battle of Insults

When David Blunkett was home secretary, he came up with the extraordinary idea that the problems of social cohesion and integration could all be solved by calling upon parents, and he singled out Asian parents, to speak to their own children at home in English rather than in their native languages. 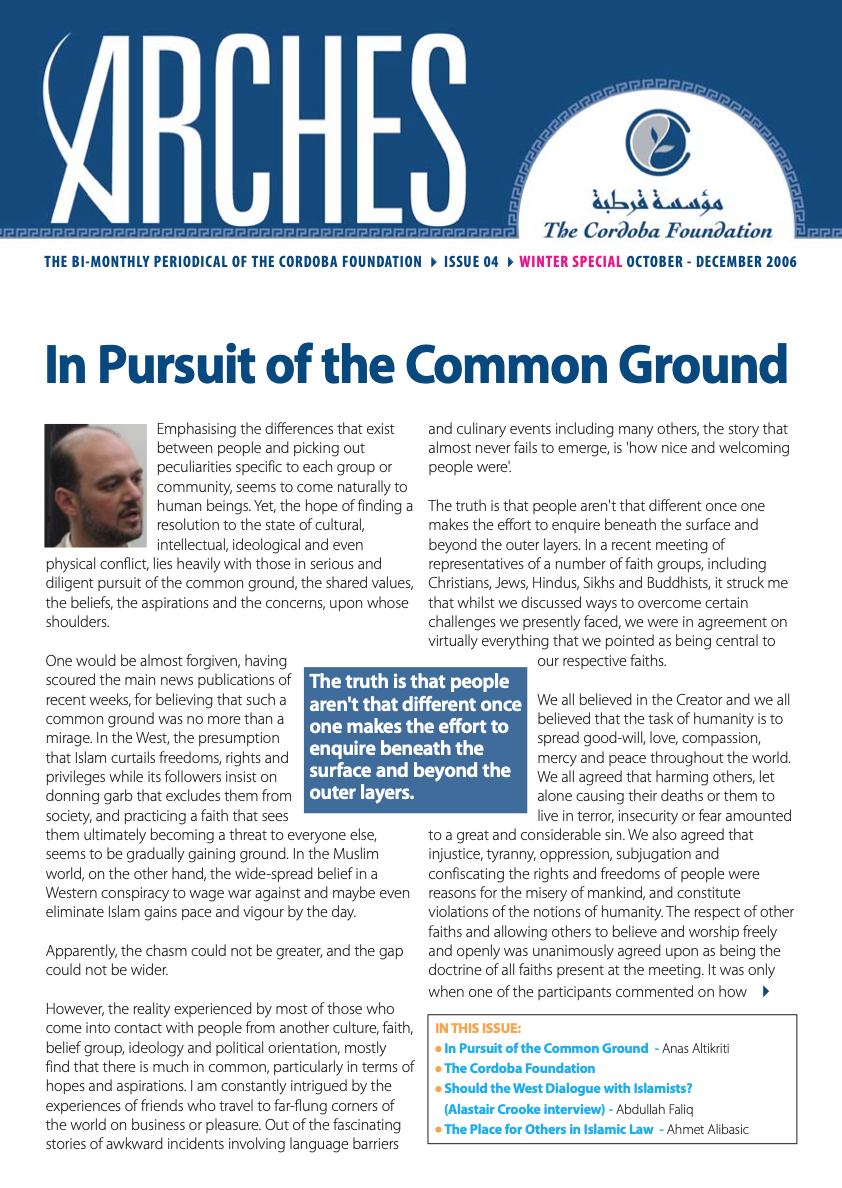 When Pope Benedict recently delivered a lecture and managed to find the time and space to take a swipe at Islam, the Prophet Mohammed and effectively every Muslim, he must have expected the kind of reaction that followed across the Muslim world. If he hadn’t, then he has either been on another planet these last few years or he shouldn’t be in the high position he is.