Roundtable Discussion: Islam in the Balkans 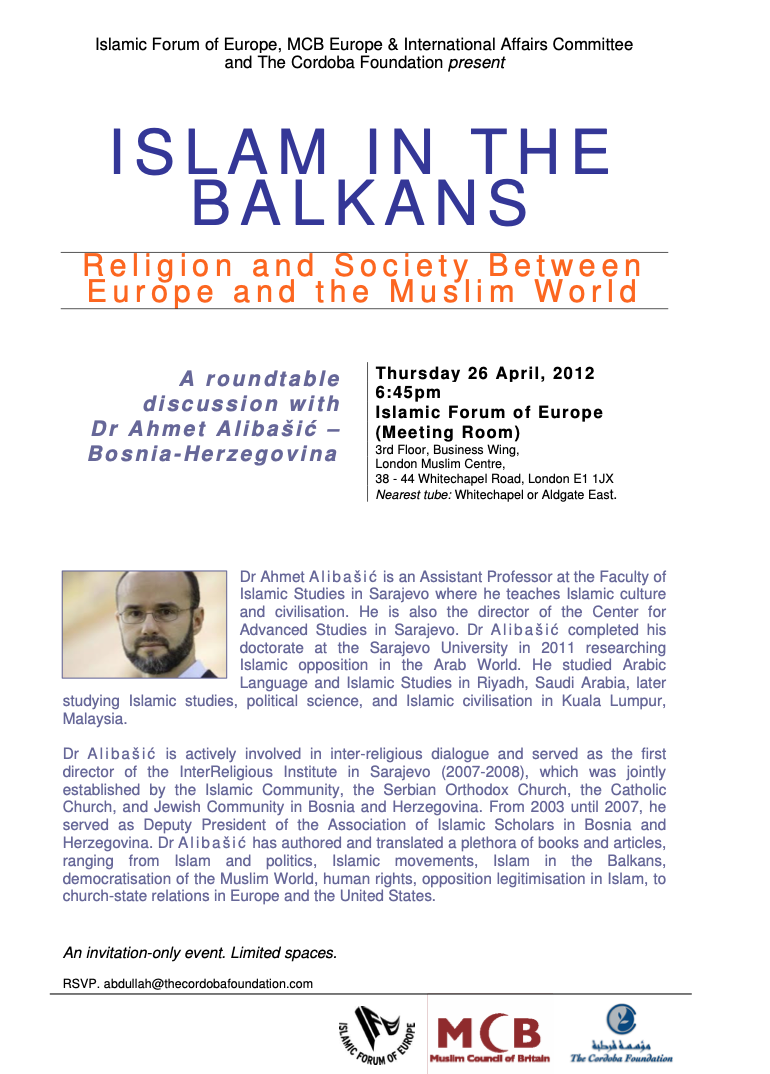 Dr Ahmet Alibašić is an Assistant Professor at the Faculty of Islamic Studies in Sarajevo where he teaches Islamic culture and civilisation. He is also the director of the Center for Advanced Studies in Sarajevo. Dr Alibašić completed his doctorate at the Sarajevo University in 2011 researching Islamic opposition in the Arab World. He studied Arabic Language and Islamic Studies in Riyadh, Saudi Arabia, later studying Islamic studies, political science, and Islamic civilisation in Kuala Lumpur, Malaysia.

Dr Alibašić is actively involved in inter-religious dialogue and served as the first director of the InterReligious Institute in Sarajevo (2007-2008), which was jointly established by the Islamic Community, the Serbian Orthodox Church, the Catholic Church, and Jewish Community in Bosnia and Herzegovina. From 2003 until 2007, he served as Deputy President of the Association of Islamic Scholars in Bosnia and Herzegovina. Dr Alibašić has authored and translated a plethora of books and articles, ranging from Islam and politics, Islamic movements, Islam in the Balkans, democratisation of the Muslim World, human rights, opposition legitimisation in Islam, to church-state relations in Europe and the United States.