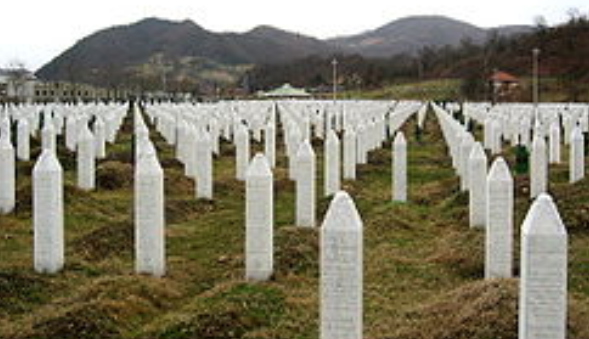 Head of Research at The Cordoba Foundation and editor of Arches, Faliq was tasked by the foundation to deliver messages of support and sympathy to the victims of the genocide and their families. During his 10-day stay, Faliq met a number of survivors and victims of the war, as well as visiting various sites and projects throughout the country. He met representatives from the Islamic Community of Bosnia-Herzegovina, namely the Grand Mufti Dr Mustafa Ceric; Katheryne Bomberger, Director-General of the International Commission on Missing Persons as well as its Chief Operating Officer Adam Boys; Professor Enes Karic, Faculty of Islamic Studies – Bosnia-Herzegovina; and Sehija Dedovic, An-Nahla Women’s Centre.

Reflecting on his trip, Faliq said “despite visiting Bosnia several times and having lead numerous delegations, every visit for me is very emotional and inspirational. It’s emotional because of the sheer tragedy and shock suffered by the Boshniaks (Bosnian Muslims), namely the Srebrenica genocide. But it is also very inspirational witnessing the strong resolve of the people to live normal and dignified lives despite the dark past.”

Ahead of the memorial, the foundation’s CEO Anas Altikriti spoke of hope and peace despite the gruesome reality witnessed in Srebrenica and other parts of Bosnia-Herzegovina: “the Srebrenica Memorial Day provides a timely reminder to us all of the challenges that can only be met in a sense of togetherness and community.”

The Cordoba Foundation released a special edition of the Occasional Papers series, in commemoration of the Srebrenica Memorial Day. The publication featured two important articles by the Grand Mufti titled “Spiritual Revolution: The Challenge for the 21st Century”, and by Professor Enes Karic, “Who is the ‘Other’ Today?”