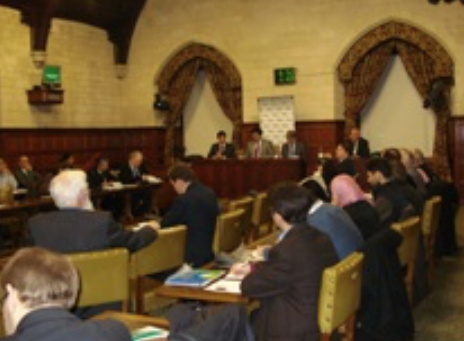 The Muslim Council of Britain hosted a special closed-meeting to discuss the growing spate of attacks in all its forms against British Muslims on March 3rd at the Grand Committee Room of the House of Commons.

The event entitled ‘Tackling Islamophobia: Reducing Street Violence Against British Muslims’ brought together distinguished Parliamentarians, academics, journalists, police, public servants, and community representatives who all endorsed calls for the establishment of an All-Party Parliamentary Committee on Islamophobia with a view to holding a parliamentary inquiry on Islamophobia in the UK.

The meeting took contributions from experts and responses from parliamentarians and was concluded with a Q&A session with the audience who comprised of individuals from over 80 organisations.

Mohammad Sarwar MP who sponsored the event said ‘Islamophobia is a big challenge’ and offered his full support for an All-Party Parliamentary Group.

Internationally renowned journalist and political commentator Peter Oborne said ‘tolerance defines our constitution and the British people. If the UK is to live up to its tradition of tolerance, this needs to be taken seriously. Islamophobia needs to be abolished’. He added that the committee had a ‘big job to do’. Mr Oborne previously presented a Dispatches programme on Channel 4 in July 2008 called It Shouldn’t Happen to a Muslim where he argued that the demonisation of Muslims has become widespread in British media and politics.

Robin Richardson former director of the Runnymede Trust who was the Editor of the groundbreaking report Islamophobia: a challenge for us all (published in 1997), highlighted the various forms which encompass Islamophobia: ‘discourse, violent behaviour, discrimination and social exclusion.’

Dr Phyllis Starkey MP, Chair of the Communities and Local Government Select Committee fully endorsed the initiative and emphasised the importance of focusing on ‘respect’ as opposed to ‘tolerance’.

Shadow Minister for Justice, David Burrows MP urged people to contact their local MPs to motivate them to get more involved. ‘The community must show the extent of the problem and make politicians act’.

The Liberal Democrat Communities and Local Government Minister Dan Rogerson MP said that a parliamentary group is an ‘excellent way forward for these issues’ adding that ‘it would be a means of defending UK values of tolerance and respect for human rights’.

Other Parliamentarians who spoke in support of the initiative included Baron Ahmed of Rotherham who said ‘demonisation of Muslims and Islam has become fashionable’, Baron Sheikh of Cornhill who said the ‘media and politicians need to refrain from inflammatory reporting: freedom of expression must be exercised with responsibility’ and the cross-bencher Baron Hylton of Hylton who stressed the need to ‘promote good community cohesion and civic involvement’.

Other messages of support were received from Jeremy Corbyn MP and Diane Abbott MP.

A host of academics added to the discussion: Dr Jonathan Githens-Mazer from the European Muslim Research Centre who in January published the report ‘Islamophobia and Anti Muslim Hate Crimes: a London case study’ said discrimination is becoming ‘privately rationalised and understood’. Islamophobia and Anti Muslim Hate Crime have ‘tangible affects on the UK as a whole’ and that ‘anything done to tackle this will benefit the whole of the UK’. Co-director Dr Robert Lambert MBE added that ‘the Far Right’s position of making Muslims the enemy is being rationalised by what is portrayed by the media’. He said that recommendations from the community would provide a ‘clear driver’ on this issue.

Maleiha Malik, from Kings College London, emphasised that ‘British history teaches us that minorities should not be feared’, while Dr Chris Allen from Birmingham University academic mentioned that despite Islamophobia being a ‘real experience’ it is still not taken seriously enough. ‘For the past 15 years we have had a number of reports, from a number of sources of the ‘hardening of attitudes and perceptions’ and there is still a lack lustre response. Why?’ He welcomed the call for a parliamentary group, saying it was ‘long overdue’.

‘Practitioners who work in this area also added to the discussion. Abdurahman Jafar, Chair of the Muslim Safety Forum said there is a ‘lack of institutional recognition and understanding’ regarding these issues while the President of the National Association of Muslim Police Zaheer Ahmed reiterated the fact that ‘Islamophobia and Anti Muslim Hate Crime have been affecting the Muslim community for years’. ‘Today is the start of raising awareness of these issues at a national, strategic level’.

In his keynote address, Dr Muhammad Abdul Bari, Secretary General of the Muslim Council of Britain said ‘at a time when Muslim communities are being exhorted to do more to tackle violence by a handful of extremists who purport to be Muslims, it is vitally important that our government and police are equally pro-active in seeking to tackle extremist violence against British Muslims and the Islamophobic climate that gives rise to it.’

He added, ‘the need for fair and equal treatment for British Muslims is even more pressing because many Muslims do not have sufficient confidence to report attacks against them to the police. There is therefore an urgent need to restore Muslim community confidence to tackle the problem of under-reporting of violent crime in much the same way as has been achieved with other minorities in the recent past. Time has come for politicians to finally take this issue as seriously as racism, anti-Semitism and homophobia’.

He ended by saying ‘the formation of an All Party Parliamentary Group on Islamophobia and Anti-Muslim Hate Crimes would be a crucial step and one that would inspire confidence in Muslim communities’.

The event was co-ordinated by Kawsar Zaman from the Muslim Council of Britain and supported by the Muslim Safety Forum, the Cordoba Foundation and the European Muslim Research Centre.