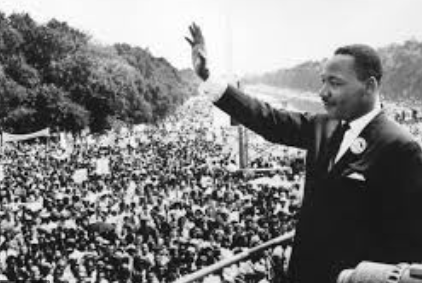 “non violence is a set of attitudes, actions, or behaviours intended to

persuade the other side to change its opinions, perceptions and actions” was the message that was presented at a talk held on the 21st of January 2013 at St Ethelburgas Centre for Peace and Reconciliation and co sponsored by The Cordoba Foundation to commemorate Martin Luther King Day.The speaker was Dr Ayse Kadayifci from Georgetown University, an expert on Islamic peace building and non violence.

According to Dr Kadyifci, successful non violence requires great strength of character, perseverance and discipline.  It is a means of awakening a sense of injustice and moral shame in the supporters of a power structure, showing them that they have more to gain by ending injustice and oppression than by maintaining them.  It is  also about exposing the unjust means of a power structure, the isolation of actions, changing the narrative that can be used for justification.
Strategic use of non violence  thus is means to resist the power structure though long term social and economic policies including education and microfinance.  You let the community acquire the necessary knowledge and skills to advance in society and challenge the status quo of the power structure and provoke it in order to expose its unjust means and illegitimacy by seeking to prevent the advancement of the community.

Noone communicated this moral priority  more than Martin Luther King, who despite losing his supporter base would shift attention from the civil rights movement to economic injustice and the Vietnam war in 1965, which unfortunately have been erased from the cultural narrative of his life and legacy.

In his 1963 letter from Birmingham jail in particular, King drew inspiration from the  gospel and biblical teachings in order to justify his fight against injustice.  Injustice anywhere is a threat to justice everywhere.  He mentions just and unjust law and offers insight into how not only the church but other faith leaders and communities should act in the face of injustice.   In King’s words, it is about being a thermostat that transforms the morals of society.

His phrase, ‘if the church of today doesn’t recapture the sacrificial spirit of the past, it will lose its authenticity. It will forfeit the loyalty of millions and will be dismissed as an irrelevant social club with no meaning’, is the challenge that he sets for us today, people of faith and no faith to see where we stand during times of challenge and controversy, rising above the narrow confines of our individualistic concerns to the broader concerns of all humanity.