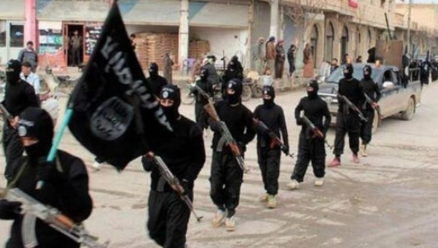 The Cordoba Foundation (TCF), following the implementation of the United Arab Emirates (UAE) Federal Law No. 7 of 2014, ratified by the UAE Cabinet in which 83 organisations, groups and associations from around the world, are designated as terrorist, rejects such an unprecedented and irresponsible move and condemns the motives behind such a draconian measure.

TCF is a prominent UK based Think Tank, with an established and significant track record in conflict resolution, hostage negotiation, and the promotion of dialogue over the last decade.  TCF rejects wholeheartedly any such libellous accusations, and expresses its profound shock that there are those that would seek to designate it as such.

To list TCF along the likes of Al-Qaeda, Boko Haram, and ISIL, is not only a cause for libel but a dangerous precedent given that groups which espouse extreme violence as a means to realise political goals are listed alongside those who reject such methods as a point of principle in their unshakable values.

All countries have a responsibility to fight terrorism and take the appropriate preventative and proper legal measures to address this threat; however, using legislation to target legitimate organisations is counter-productive.

It is no coincidence that groups that have legitimate, acceptable aims, have been placed on to the ‘terrorist’ list, given that all of these groups have criticised the UAE for their lack of observation of human rights, and the violent oppression of their own citizens.

It is evident that the UAE have become agitated given the barrage of international opposition to oppression, anti-reform, and anti-democratic policies within its own borders and beyond, namely Egypt, Libya, and Yemen.

The inclusion of TCF amongst other legitimate groups in such a list is an absurd step that does not take into account its clear ramifications, namely tarnishing the image of a respectable and successful organisation. To group TCF and others in the same list as extremist organisations such as Al-Qaeda, Boko Haram, and ISIL, is shameful, and cannot be justified, it is simply another example of a despotic regime seeking to silence any form of dissent.

TCF considers the moves taken by the UAE extremely seriously and will immediately take steps to ensure that its reputation is restored and compensation sought for the damage caused through all appropriate means.

TCF calls upon the UK Government to shoulder its responsibility and stand side-by-side with the legitimate and reputable British organisations operating within the UK, such as TCF, against the libellous actions of an autocratic regime that has a clear agenda to oppress, violate human rights, and stifle democracy and fundamental freedoms.