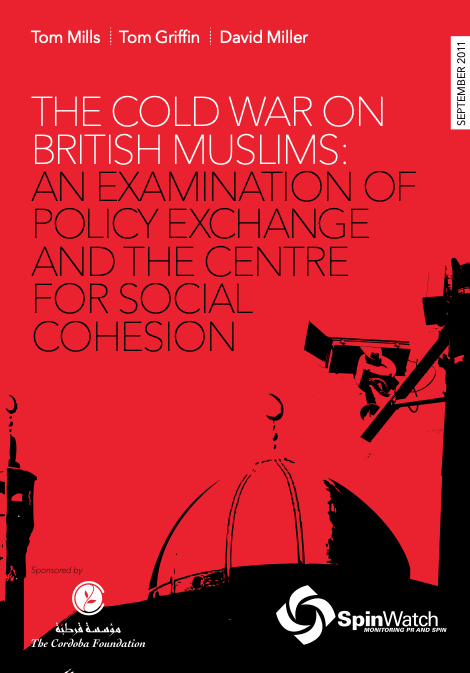 The Cold War on British Muslims, shows how the Centre for Social Cohesion and Policy Exchange have rejected counter-terrorism policies based on public safety and have instead sought to revive discredited counter-subversion policies from the Cold War era – policies which targeted a generation of trade union leaders and peace activists including future Labour Ministers.  The report warns that reviving such policies is likely to stigmatise and even criminalise politically active Muslims, as well as liberals and leftists, and risk undermining the traditional freedoms enjoyed by churches, schools, universities and public libraries.

The Cold War on British Muslims also reveals for the first time the network of individuals and foundations that are bankrolling both think-tanks.  Donors identified in the report include the neoconservative Rosenkranz Foundation in the United States, and hardline Zionists like Lord Kalms and the late Cyril Stein in the UK.  It reveals that both think-tanks share major donors with a number of controversial organisations including the Association for the Wellbeing of Israel’s Soldiers, the Israel-Diaspora Trust (an organisation founded by the late Rabbi Sidney Brichto, a passionate supporter of Israel and scourge of its critics inside and outside the UK Jewish community) and the Anglo-Israel Association (founded in 1949 by the Christian Zionist Sir Wyndham Deedes).SpinwatchReport_ColdWar12